More than a billion people worldwide were affected by drought between 2000 and 2019, making it the second worst disaster after floods.

More than a billion people worldwide were affected by drought between 2000 and 2019, making it the second worst disaster after floods.

The story so far: A United Nations report has revealed that many parts of India are on the list of drought-prone regions in the world. The report also states that India’s Gross Domestic Product (GDP) declined by 2-5% between 1998 and 2017 due to severe droughts in the country. 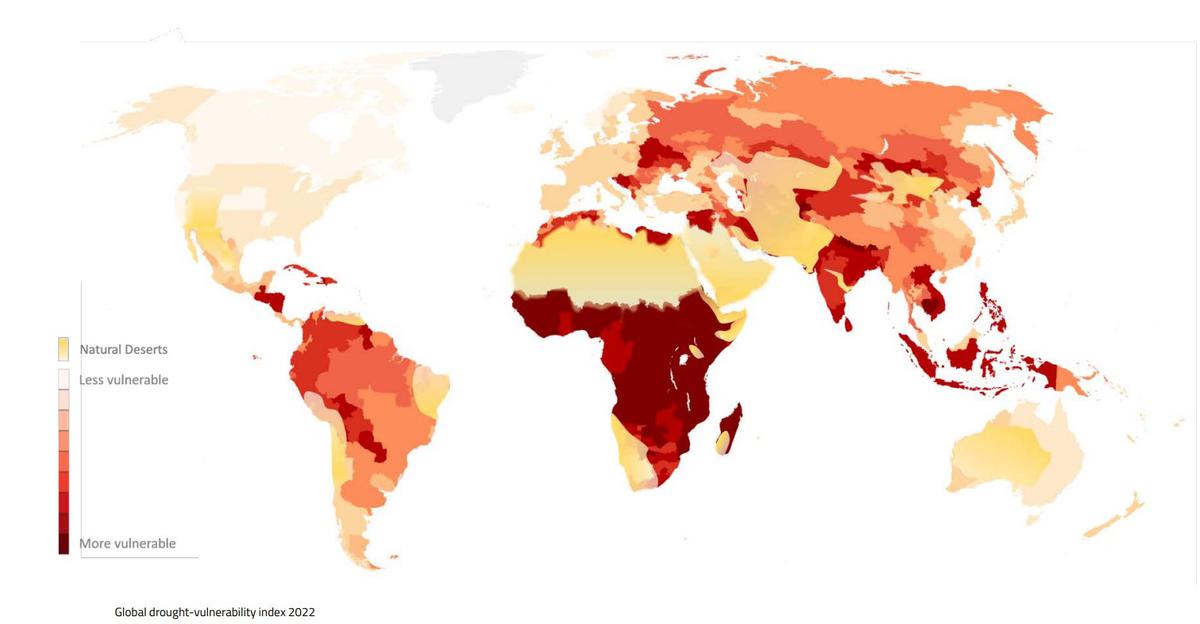 These findings and other drought-focused global findings have been compiled in the Drought in Numbers 2022 report presented by the United Nations Convention to Combat Desertification (UNCCD).

The Drought in Numbers report is a collection of data on the effects of droughts on our ecosystem and how they can be mitigated through effective planning for the future. The report also helps inform negotiations surrounding key decisions by the 197 UNCCD member parties at the 15th Conference of Parties (COP15), currently underway in Abidjan, Côte d’Ivoire. Drought, land restoration and related aspects such as land rights, gender equality and youth empowerment are among the main considerations of COP15.


UNCCD COP15 focuses on desertification, land degradation and drought, with the conference theme being “Land. Life. Legacy: from scarcity to prosperity. The conference brought together government officials, members of the private sector and civil society actors to ensure that the land continues to benefit present and future generations.

It proposes tackling the “interlinked challenges of land degradation, climate change and biodiversity loss” as we enter the United Nations Decade of Ecosystem Restoration.

The 197 parties to the UNCCD, which include 196 member states as well as the European Union, are expected to brainstorm sustainable ideas for fostering land restoration and drought resilience, focusing on “sustainable land use”. ‘test of time’. The UNCCD plans to restore one billion hectares of degraded land by 2030, creating a world without land degradation.

The most pressing concerns


According to World Bank estimates, drought conditions may force up to 216 million people to migrate by 2050. Other factors at play with drought could be water scarcity, declining productivity crops, rising sea levels and overpopulation.

Weather, climate and water hazards have accounted for 50% of all disasters and 45% of all deaths reported since 1970, according to data from the World Meteorological Organization. Nine out of ten of these deaths occurred in developing countries. 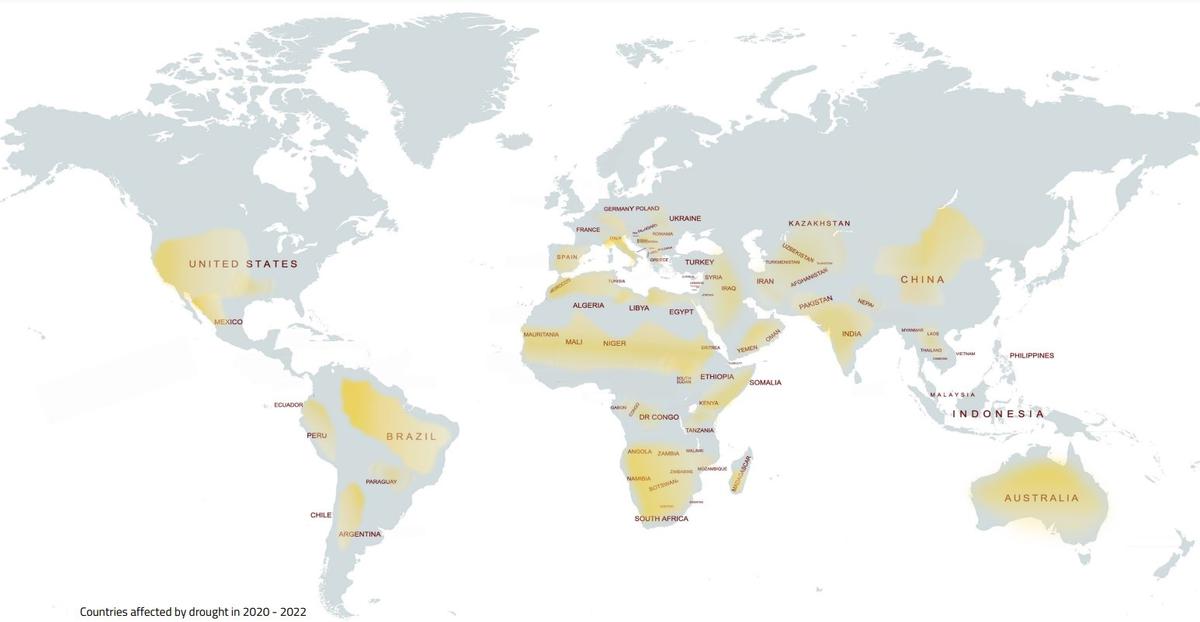 
More than a billion people worldwide were affected by drought between 2000 and 2019, making it the second worst disaster after floods. Africa was the most affected, with 134 droughts, including 70 in East Africa. The World Health Organization has noted that approximately 55 million people worldwide are directly affected by drought each year, making it the most serious danger to livestock and crops in almost every region of the world. .

However, the impact of drought is not uniform according to sex. Research shows that women and girls in emerging and developing countries suffer more in terms of levels of education, nutrition, health, sanitation and safety due to droughts. The burden of collecting water also falls disproportionately on women (72%) and girls (9%). The report notes that they can expend up to 40% of their caloric intake on fetching water.


According to the report, if predictions are correct and global warming reaches 3°C by 2100, drought losses could be five times higher than current levels. The greatest increase in drought losses is projected in the Mediterranean and Atlantic regions of Europe.

Australia’s mega-drought in 2019-2020 contributed to ‘megafires’ resulting in one of the most significant habitat losses for threatened species. Around three billion animals have been killed or displaced in Australia’s wildfires. Similarly, 84% of all terrestrial ecosystems are threatened by changing and intensifying forest fires.

According to a 2017 report by the Food and Agriculture Organization of the United Nations, the percentage of plants affected by drought has more than doubled in the past 40 years. About 12 million hectares of land are lost each year due to drought and desertification.