A combination of slaughter, ultrasound and stricter biosecurity has reduced cases of ovine pulmonary adenocarcinoma (OPA) by two-thirds at a Monmouthshire sheep farm.

From a high of 11.6%, the prevalence in the herd of 550 Texel cross Lleyns and Aberfields at Court Farm, Llanthony, near Abergavenny, is now at 4%.

OPA was diagnosed in the flock in 2021 after several ewes showed clinical signs of the disease. They were thin, breathing heavily, and had excessive nasal discharge.

There had also been a 30% reduction in the herd’s pregnancy detection rate, from 170% before the disease was detected, to 140%.

An autopsy on one of the animals identified extensive OPA lesions – the first time the disease had been diagnosed in the herd.

Bryony Gittins, who farms in partnership with her father, Colin Passmore, has embarked on a Farming Connect concentration site project to combat the disease.

Thoracic ultrasound made it possible to establish the real incidence of OPA within the herd and to limit the risk of reintroduction after the slaughter of affected ewes.

In February 2021, ultrasound of all ewes over two years old detected an incidence of 3.7% in 545 animals. Six months later, 457 were scanned and the incidence level had increased to 11.6%.

Ms. Gittins has since adopted a scan-and-kill policy. All animals that test positive are culled or, if pregnant, marked and calved separately from the main herd.

They are then sold with the offspring as soon as the lambs have reached a slaughter weight of 41 to 45 kg.

Another analysis in February 2022 showed the infection rate had fallen to 4%. Twenty-three animals were identified with OPA; of these, four showed clinical signs and 19 lung lesions.

Measures have also been taken to improve herd biosecurity. Measures include investing in improved boundary fencing to prevent nose-to-nose contact between sheep at Court Farm and those grazing on neighboring land.

Pregnant ewes are kept on grass a month later than usual, until the end of January. Indeed, there is a greater likelihood of OPA spreading when animals are housed.

Housing also increases the risk that ewes with underlying OPA will succumb to secondary illnesses such as pneumonia.

This risk stems from the stress of switching from grass-based feeding in an outdoor environment to indoor feeding and silage consumption.

“When the sheep are outside they have a lot more space and they don’t share a water tank because they have access to a stream,” says Ms Gittins.

She had given the herd boluses of trace elements once a year, as well as powdered minerals. Now she gives them boluses twice a year to eliminate any risk of spreading OPA through mineral feeding.

Body condition scoring is also being done more frequently. Skinny sheep are slaughtered: even without an OPA diagnosis, a skinny sheep will be less productive, Gittins points out.

His next step is to invest in software to register lambs born to ewes with OPA. These ewes will transmit the disease to their lambs because they are so close.

The lambs will be sold fat or in store, rather than being kept as replacements for the flock.

“Lambs don’t show clinical signs of OPA until they’re two years old or older and they don’t pass it on, so there’s no problem selling them as stores,” says Ms Gittins.

She is working towards a position where the infection rate is stable and she can rebuild the numbers.

Another option would be to cull the entire herd and restock with “clean” animals. But there is no guarantee that these would not be infected with OPA or other diseases.

Many herds can harbor OPA without their owners knowing about it. This means that the magnitude of OPA in the UK sheep flock could be much higher than reported.

“It is likely that there are more flocks with iceberg diseases that farmers are simply not aware of,” says Ms Gittins. “Without looking for them and careful monitoring, you just don’t know they’re there.

“Building a good relationship with the farm veterinarian can help with diagnosis.” 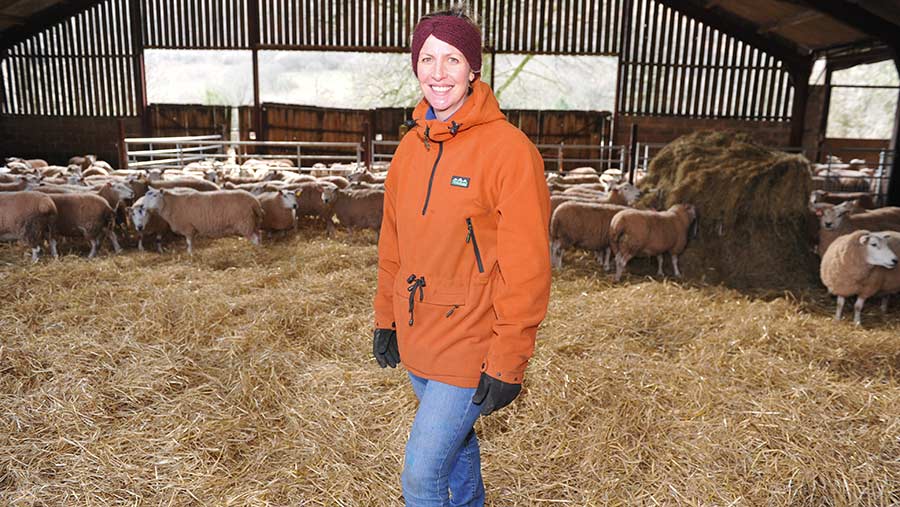 However, part of the £44,000 shortfall would be recouped: Ms Gittins calculates that increasing the digitization rate from 145% to 170% would produce 138 more lambs. These could generate an income of around £9,660/year.

By retaining the flock there is also an ongoing annual cost of lung testing of around £2 per ewe and a higher slaughter rate.

But Ms Gittins says she’s not ready to take the risk of buying unless she’s sure she won’t find herself in a similar position with a new herd.

Restocking remains an option for the future. “I’ll always keep that in the back of my mind. If there’s a herd scatter where I could get a similar breed from just one farm, I might think ‘let’s go with that.’

Working with Farming Connect on this project has been a valuable experience, she adds.

“It allowed me to gather knowledge and information to make my decisions about the future of this herd at Court Farm.”

Ovine pulmonary adenocarcinoma (OPA) is a viral infection that results in tumors in the lungs.

The infection is spread through nasal secretions, according to Vicky Fisher of Abergavenny-based Farm First Vets, who worked with Bryony Gittins on the Farming Connect project.

The clinical signs are usually weight loss and breathing difficulties such as coughing and increased work of breathing. “You can see them ‘tummy breathing,'” Ms Fisher says.

“Because this virus causes tumors in cells that produce fluid in the lungs, in about half the cases you will see large amounts of fluid coming out of your nose or mouth,” she adds.

Nasal excretions contain the virus and infect the rest of the herd.

The disease manifests in older animals, but is contracted when they are much younger. The symptoms just take a while to show up.

OPA is terminal and there is no treatment for it. Infected animals will die from tumors or because lung damage leads to bacterial infection, causing sepsis.

Ms Fisher says controlling the disease can be difficult. Tests are currently limited to scanning part of the lungs on both sides, where tumors are most often found.

New tests are being developed in the UK, but are not yet commercially available.