Banner image: Cattle on a ranch in Brazil that is implementing more sustainable management practices in the study area. (Credit: Peter Newton)

Providing personalized training to Brazilian ranchers can not only help keep carbon in the soil, but also improve their livelihoods and mitigate climate change, according to a new study from the University of Colorado at Boulder and the Climate Policy Initiative / PUC-Rio.

Published today in the Proceedings of the National Academy of Sciences, the new study analyzes the results of a randomized controlled trial that investigated whether agricultural extension services can help restore livestock pastures in Brazil. Experience has shown that personalized assistance, in addition to educational training, has successfully helped herders sustainably increase their beef production and pay for themselves in the process.

In addition, the program’s net impact on greenhouse gas emissions was equivalent to a reduction of 1.19 million tonnes of carbon dioxide emitted into the atmosphere, the same amount that the neighboring country of Paraguay emits. in a given year.

“It’s an important piece of the puzzle for meeting climate goals,” said Barbara Farinelli, study co-author and senior agricultural economist at the World Bank. “What is behind this success is that farmers are becoming the transformative agent of climate goals.”

Cattle on a ranch in Brazil that is implementing more sustainable management practices in the study area. (Credit: Peter Newton)

Brazil is the world’s largest exporter of beef, making it an important part of the country’s economy and an important source of livelihood for many rural communities. But livestock farming has a climate problem: Livestock supply chains are responsible for 14.5% of global greenhouse gas emissions and account for up to a third of total emissions in Latin America, totaling hundreds of millions of tons of carbon dioxide each year.

Medium-sized ranches, such as those analyzed in this research, are responsible for a third of Brazil’s beef production. But unlike the beef industry in the United States, which is dominated by feedlots, almost 90% of Brazilian beef is raised on pasture or grass.

“This means a huge demand for pasture. And much of that over the past few decades has come at the expense of the Amazon and Cerrado biomes,” said study co-author Peter Newton, associate professor of environmental studies at CU Boulder. .

The study comes at a time when Brazil’s beef industry is encouraging farmers to return to the Amazon, based on claims by major Amazon agribusiness figures that intensive cattle farming will produce more beef on less land and therefore reduce deforestation. A main criticism of this argument is that most small producers in Brazil lack the technical and financial resources to invest in practices that support the production of more livestock on less land.

The new study joins a growing body of research demonstrating the importance of personalized assistance in helping farmers adopt sustainable practices and increase their productivity, and provides solid scientific evidence that can inform policy discussions in Brazil and elsewhere. of the.

“We found that training and technical assistance had significant impacts on the rate at which farmers restored pasture, on profits, and on carbon sequestration and emissions,” Newton said.

Since many Brazilian farmers are not financially able to implement new sustainability practices, Brazil has a national policy that provides credit to ranchers and farmers for doing so. But researchers have found that the barrier to lasting change is not money, but knowledge.

“In this particular context, it’s not that the main constraint to improving the functioning of the ranch was money, it was really information,” said Arthur Bragança, lead author of the article and responsible for the evaluation of policies, sustainable agriculture and infrastructures, at the Climate Policy Initiative / PUC-Rio.

The goal of the ABC Cerrado program, funded by the World Bank through a grant from the Forest Investment Program (FIP) and implemented by the National Rural Learning Service (SENAR), is to help farmers access specific information and skills needed to adopt sustainable changes in their beef production. Since its inception in 2012, the program has trained 7,800 farmers. 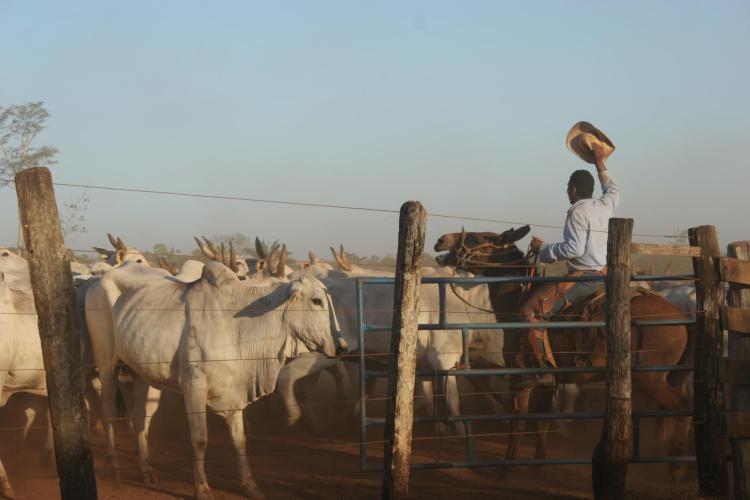 For this research project, they set up a robust randomized controlled trial and recruited 1,369 farmers from the central highlands of Brazil, known as Cerrado, many of whom had never received previous training in sustainable practices. . Some 706 of these herders completed a 56-hour course in one of the four practices promoted by the program, such as pasture restoration, rotational grazing or the use of no-till agriculture.

311 of these 706 producers also received technical assistance consisting of 24 visits (one visit per month for two years) from field technicians to their property, where they received personalized advice. What the researchers found was that while training alone did not improve any of the measured outcomes, growers who also received technical assistance showed statistically significant increases in all measured outcomes.

“The before and after were amazing,” said Farinelli, who visited several ranches during the two-year project. “You could see the grazing with your eyes with applied and unapplied technologies.”

Farmers who received individual help also increased their productivity rapidly in a short time. In just two years, these breeders increased their income by 39%, which surprised the researchers. In the process of adopting more sustainable technologies, researchers have documented that many farmers have also changed different aspects of their operations and adopted better management practices.

“It’s the value of working with this type of primary data in which you go to the field,” Bragança said. “You learn the behavior of real people.”

The climate cost of livestock

The program’s cost-benefit analysis was also impressive. By factoring in the cost of carbon, the program generated a climate benefit of $47.6 million per year, making the program cost-effective even though the benefits only lasted one year.

It is these climatic and environmental benefits, 10 times greater than the economic benefits for the farmer, that stood out for Bragança, economist.

“If you increase productivity, yes, the breeders will gain something,” Bragança said. “But the payoffs for the rest of society in terms of reducing emissions, they’re really higher.”

Although this specific program will not continue, similar low-carbon agricultural programs in Brazil have received funding and will continue to explore the benefits of tailored assistance for farmers and ranchers.

“There is broad consensus among scientists in the global food system that we collectively need to dramatically reduce our beef consumption,” Newton said. “But it seems extremely unlikely that beef consumption will end in the near term. It is therefore also important to graze livestock in a way that has less environmental impact. If there are ways to produce meat and animal products in a way that reduces their impact on the climate, that is also part of the picture, in addition to reducing consumption.