The coronavirus pandemic has sparked an exodus of city dwellers to rural areas as more people seek green spaces to enjoy working from home.

This raises the possibility of conflict in the countryside between farmers producing food and people settling into a different way of life.

Disagreements and misunderstandings can easily arise, but good communication and a little proactive work from the farmer can go a long way in maintaining a positive relationship with non-farming neighbours, and even creating new allies to defend British agriculture.

Journalist and farmer’s daughter Anna Jones, author of To divide: the crisis of the relations between the city and the countryside, says more people are enjoying UK food production since the pandemic, but there is still work to be done.

“During the lockdown, we saw people disrespecting the campaign and doing stupid things, and I think that comes from a lack of education and understanding,” she says.

“We know that people who might move into a farming community from outside have a duty to at least try to understand and learn a bit about what happens in a farming year, but I think that, along with this, farmers need to get to know the people who have settled in their area.

Ms. Jones says this curiosity and empathy on the part of the farmer will help foster better relations between the two groups. “Complaints usually come from an emotional place and if you can figure out what’s driving that emotional reaction, you’re likely to come out of it much better.”

A matter of perception

A survey of 15,000 farmers in England and Wales found that problems with the public are seen as a significant cause of stress.

Break down the barriers

This approach could also help nip any potential conflict in the bud and prevent it from getting out of hand, says Mark Tufnell, president of the Country Land and Business Association, which represents about 28,000 landowners, farmers and rural businesses in England and Wales.

“Try to arrange a face-to-face meeting to discuss the matter in general before consulting lawyers. Try to understand your neighbors’ point of view and give them the opportunity to explain it,” he advises. -he.

But education is a powerful tool, says Annabel Shackleton, director of Leaf Open Farm Sunday (OFS), the initiative that sees farmers open their doors every year so people can learn how their food is produced.

“Even people who live in rural areas, unless they actually meet a farmer, they miss out on all this information. As far as neighbors are concerned, it is about breaking down these barriers and giving people people the opportunity to learn.

Ms Shackleton says it can also be good for business, especially for scheduling apps.

“Many farmers are considering diversifications, and if they have organized an OFS event on their farm, they can demonstrate, when they submit their planning application, that they have received a positive visit from their neighbors.”

Neighbors are likely to be more helpful if they’ve met you and know who you are, Ms Shackleton says.

For example, a farmer in Dorset has benefited from his OFS event as locals are now more willing to be his eyes and ears.

“They have met the farmer and know who he is. It is not just a name at the end of the door. They feel they can contact him if his sheep have escaped or are in trouble.

Taking a proactive approach to access issues can help farmers maintain good relationships with those who benefit from the countryside, says Bernard Griffiths, policy officer at Farmers’ Union Wales.

“Local Access Groups have been created to provide a forum for discussing accessibility issues in the area for people who live, work or visit,” he says.

“Farmers can volunteer to represent the sector in local access groups so that hikers are aware of the challenges faced by people making a living in the countryside and raising awareness of the landscape code.”

Ultimately, farmers are the campaign’s greatest ambassadors. Good communication and positive interaction with neighbors and rural residents will help raise the profile of the industry, Jones says.

“I think people are more inclined towards effective and open communication than they were a few years ago. All parties, farmers and non-farmers, are starting to realize that very binaries didn’t really yield much.

Buckinghamshire beef and arable farmer Richard Heady has taken a proactive approach to help improve public opinion of farmers in his area.

His 405ha farm is located south of Milton Keynes, on the outskirts of town. Mr Heady says writing in his village newsletter, posting regular updates on social media and trying to be more approachable have all led to a better feeling towards him and his colleagues.

For example, his public Facebook page has more than 5,000 followers and is a useful tool for Mr. Heady to explain what’s going on on the farm, from farm work to raising calves. This has helped the public better understand the pressures farmers face.

The farmer recently joined a Facebook group made up of people living in a new housing estate next to some of his fields. He says there have been fewer intrusions by dog ​​walkers into his wheat fields since he posted in the group, explaining what he was growing and why.

“I think if you just sit down, people just see speeding, noisy tractors and smelly mud,” he says.

“But you can tell your own story by working long hard hours, rushing to get the wheat so it can be made into bread, and using the power of animal mud to reduce our use of manufactured fertilizers and improve our carbon footprint. ”

Mr. Heady writes a monthly Farm Watch column for his village newsletter, the Stewkley Vinewhich keeps the locals informed about life on the farm.

He says it helped educate his neighbors about farming. “I’m very careful not to use jargon. You have to remember that you’re talking to someone who doesn’t know much about farming, but you shouldn’t be condescending either.

Dairy farmer Fraser Jones faced huge local opposition when he applied for permission to build a 1,000 cow unit in the village of Leighton, near Welshpool, Montgomeryshire, more than a decade ago .

The villagers were quick to tell him of their concerns about the smells, the noise and the new buildings. But Mr Jones has built a strong relationship with Leighton residents since the unit finally opened in November 2019. 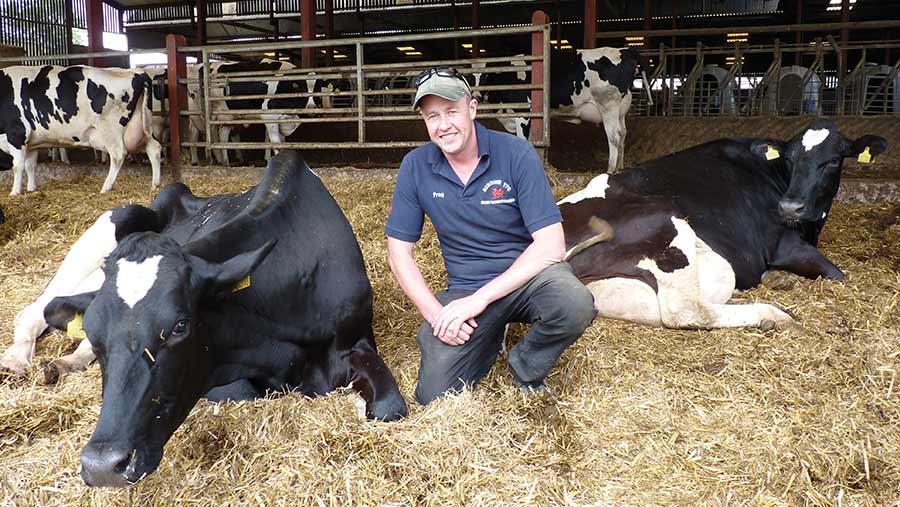 He did this through good communication and by playing an active role in village life. “People like to know what’s going on and it stops them from making wrong assumptions,” he says. “Every decision we make on the farm takes the village into account.

“I held a few village meetings, there was a lot of misunderstanding [at the planning stage]. People told me my sheds were going to be as tall as the church spire.

Mr Jones, who writes a regular update of the farm in the village newsletter, has created a vegetable garden and forest area on his land for the local primary school, and organizes tours of the farm, where people are invited to make a donation which will go to the village council or the church.

The farmer has also built a path through his land which the villagers use to avoid walking on a dangerous stretch of road that has a wrong turn.

“The farm is here and the village is there. We need to work together and I encourage anyone with any issues to contact me,” he says.

“Now I don’t get any more complaints from the village; I am very involved. I’ve had emails from people saying “we’re sorry we went against you” because the unit is as I said and we’ve resolved all the issues.