A former premier of Saskatchewan and the founding partner of a major cattle trading company are among the most recent inductees into the Saskatchewan Agricultural Hall of Fame.

All four will be inducted into the Agriculture Hall of Fame on April 9e at a dinner and ceremony at the Western Development Museum in Saskatoon. They will be joined by members of the 2020 Ag Hall of Fame class, who were unable to have their ceremony last year due to the COVID pandemic.

Below is a brief overview of their professional achievements:

Grant Devine, Premier of Saskatchewan from 1982 to 1991 and former Minister of Agriculture, farmer, agricultural economist and university professor. Devine has made agriculture the foundation of the province’s economic growth throughout his career. He showcased policies that have supported the industry through difficult production years, such as guaranteed loans to young farmers and province-wide natural gas. He championed innovation and science, creating Ag-West Bio to lead work on biotechnology, while the province’s Agricultural Development Fund began during his tenure to advance agricultural research. Devine was inducted into the Canadian Agricultural Hall of Fame in 2015.

Rick holm, professor emeritus of plant science and former director of the Crop Development Center (CDC) at the University of Saskatchewan. Holm has made many contributions to the industry through his research in weed control and crop development. His research on weed control has been applied and designed to meet the needs of farmers. As Director of CDC, he advanced the expansion of the pulse lab and played a key role in supporting the development and commercialization of Clearfield wheat and lentils in Canada. Holm has made significant efforts to transfer his research findings and knowledge to growers at events and conferences, with a hands-on, down-to-earth approach to weed science and extension that has been appreciated by the producers.

William (Bill) Jameson, a founding partner of JGL Livestock, one of North America’s leading livestock trading companies, has supported the growth of the Saskatchewan livestock market and the provincial economy. Jameson has held various leadership positions at the provincial and national levels and has championed the next generation of leaders through programs such as the JGL Legacy Scholarship and his personal mentorship and development of others. He is deeply involved in industry groups, having served as president of the Saskatchewan Cattlemen’s Association and president of the Saskatchewan Cattlemen’s Association and still works to ensure that the beef industry has a strong and collective voice.

Robert (Bob) Tyler was named as the father of value-added pulse processing in Saskatchewan. Tyler has been involved in teaching, research, and extension in the areas of crop quality and use, protein and starch functionality, and food processing and development. products, for 40 years. He is Professor and Department Head of Animal and Poultry Sciences at the College of Agriculture and Bioresources at the University of Saskatchewan. His many leadership roles include that of President of Ag-West Bio and the Saskatchewan Agri-Food Council. He was instrumental in the formation and development of Protein Industries Canada, and is frequently called upon as a passionate educator, agribusiness supporter, and agribusiness advocate.

(Photo above: Bob Tyler and Grant Devine at the January 11, 2022 press conference for the Saskatchewan Agricultural Hall of Fame)

(The images below are submitted images of Rick Holm and Bill Jameson, who were unable to attend the press conference) 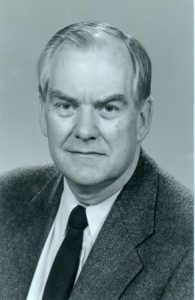 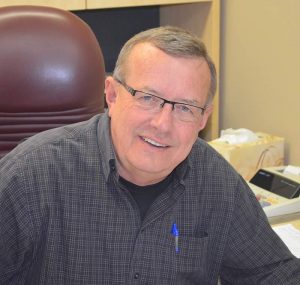