Supermarkets are coming under increasing pressure after the government announced last week the appointment of a new grocery commission to hold them accountable.

Commerce Minister David Clark said the new industry watchdog would be based at the Commerce Commission and help keep pressure on the grocery sector by providing annual reviews of the state of competition.

Clark has also released a draft code of conduct for consultation to ensure supplies receive fair treatment from the two major supermarket chains.

But will it make a difference? Perhaps not immediately, although supermarkets themselves seem to be feeling the pressure.

The first commissioner – or supermarket umpire – will not be appointed until next year and is likely to take some time before it starts firing supermarkets for breaking the rules. It is unlikely to offer immediate relief to consumers faced with exorbitant prices.

Yet, at the same time, there are signs that supermarkets know their days of rushing are over and that they need to restrict prices and provide at least some of the benefits normally associated with a free and competitive market.

The code of conduct should also have some effect in preventing large distributors from using their power to pass the costs and risks on to their suppliers, who are often minnows against giants.

From a political point of view at least, the government will want to demonstrate that progress has been made – and that it translates into more competitive prices on supermarket shelves – by the next election. But those still struggling to stretch household budgets to cope with rising food prices may not see much relief this year.

Farmers are not satisfied with the recommendations.

Some of these suppliers, namely farmers, are also not very happy after the Climate Change Commission recommended that the government adopt the He Waka Eke Noa plan for on-farm emissions pricing, but with some noticeable changes.

The one that has bothered farmers the most is the Commission’s recommendation that on-farm vegetation sequestration not be included in the pricing system.

It caused an immediate outcry from DairyNZ and Beef + Lamb New Zealand, with warnings that farmer support for the scheme could crumble if changes were made.

“It is important to stress that the cross-sector agreement is finely balanced and required significant negotiation and compromise by all 13 partners to ensure that we could all support the final recommendations.

“On this basis, we urge the government to accept our proposal without modification to continue this cross-sectoral support,” said Beef + Lamb NZ chairman Andrew Morrison.

“Sequestration was a foundation of the He Waka Eke Noa partnership with the government and it is imperative that it remains so,” said DairyNZ chairman Jim van der Poel.

The commission also rejected He Waka Eke Noa’s proposal to include synthetic fertilizers in a farm-level pricing system. Instead, he said the price should be set at the manufacturer and importer level.

Farmers’ groups are also dismayed by this advice.

The National Party has also been disappointed with the Commission’s advice and government ministers now have until the end of the year to consider the Commission’s recommendations, as well as other analysis and advice they will get from responsible, before taking a final decision on the pricing system for on- agricultural emissions should be put in place for 2025. 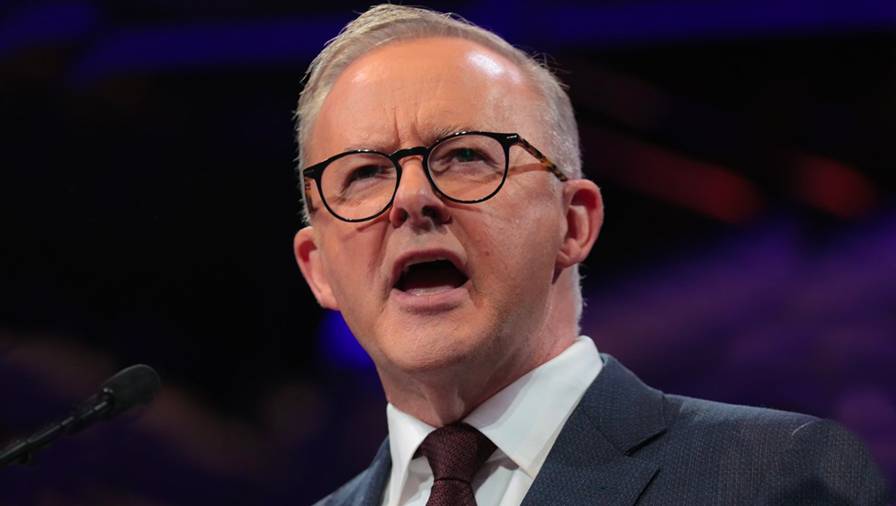 Ardern got a few wins of sorts. Albanese has pledged to review the rights of New Zealanders living in Australia, including their path to citizenship, by Anzac Day next year. It has long been a point of contention for New Zealanders living across the Tasman that although they pay taxes they do not have full access to all the benefits that come with being an Australian taxpayer.

That could change, depending on what the Albanese review comes up with.

At the same time, Australia’s prime minister said the 501 policy would remain in place but a “common sense” approach would be taken, as with someone who had effectively lived his entire life in Australia.

Successive New Zealand governments have not challenged Australia’s right to deport New Zealand citizens convicted of offenses in Australia, but have questioned the policy when it applied to people who had lived most of their lives through Tasmania and had no connection to that country.

After years of lobbying, there is now hope that Australian authorities will take a more realistic approach to deportations and not just dump people in New Zealand who have no support network here.

The two leaders, who attended the Australia-New Zealand leadership forum with business leaders from both sides of Tasmania, also found common ground on a host of international issues, including the invasion of Ukraine by Russia, North Korea, concerns about China, international trade, the Covid-19 pandemic and the threat of climate change. Much of this – particularly China, Covid and climate change – will be up for debate again this week as Ardern and Albanese attend the Pacific Islands Forum meeting in Suva.

“The Prime Ministers underscored the value of consultation on security measures in the region and called on other partners to engage with the region on security issues in an open and candid manner in accordance with regional priorities,” they said. they stated in their joint statement.

But even before they flew to Suva, the forum was rocked by Kiribati’s decision to pull out of the regional body. This poses another diplomatic challenge for Ardern and other Pacific leaders as they try to get the forum back on track.